Studio story 2: The first studio I created for myself 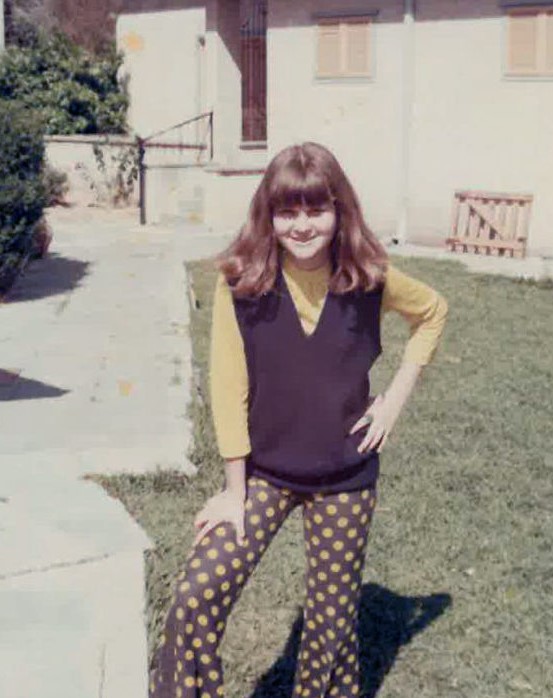 My encounter with the education system in Israel was difficult.

It’s very boring to sit in a chair opposite the teacher who makes squeaking noises with a chalk on the board for hours. There was no possibility of anything else, as in the 1970s the teachers were always right, so it didn’t help to complain to your parents.

I felt that education should be different, but I didn’t know what or how.

How is it that my scientist father goes to work every day and perceives his creation as inventions and games? Why is my learning in school not the same? I was despondent and bored and did not learn anything. I had seven failing grades and took the 12th grade twice.

I felt a strange relief to begin the same grade again after the summer holiday with different classmates.

That summer I rearranged my desk and made it into a creative table. I took all the papers, a sketchbook, and the box of colored pencils my father had brought me from a trip to the US out of the drawers. Such a box, with 96 colored pencils, even the local artist of our small community didn’t have.

The truth is that this perfection intimidated me a little, so I arranged them according to shades, sharpened them, and drew a little while listening to the BBC late one night. I found refuge there in other words, mostly music. Frank Zappa and the Mothers of Invention were my favorite band. Not because it was really beautiful, but because it was rebellious and strange.

I became acquainted with Dylan Thomas in a moment of grace through my English teacher. His figure shed light on me within the daily chaos and boredom of school. I heard his radio play one night and couldn’t sleep till morning.

The desk and drawers became a little world of writing and doodling. I also found some books about education, for example, Summerhill School and The Children on the Hill. This was a hint that something like that exists in the world.

That table was an anchor for me. A place in the world. I wrote short texts, drew, and read.

I did not know then that my distress will lead me down a long and winding road of searching for a place where I will have a feeling of belonging, a feeling that I can be who I am and that I am wanted, even if I am different.

So how does one provide meaning to life by doing?

How can a boy and a girl find themselves within themselves?

That desk was my first studio, even though I didn’t know this at the time.

It was a place of refuge. 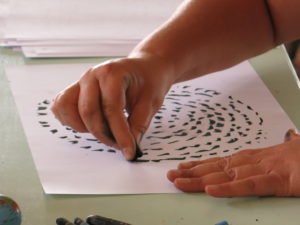 The first studio I worked in, The sketchbook as a tiny studio,

Author: orbachnona
Filed Under: organizing the studio, permission, Uncategorized
Studio story 1: The first studio I worked in
The nest